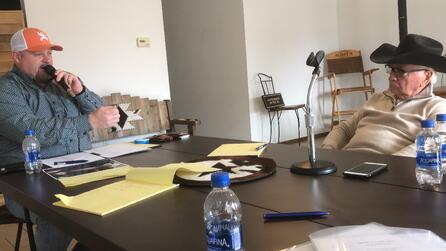 Jason is a farm real esate processional in Iowa licensed as a broker and auctioneer.  The Iowa Farmland Prices Report is an aggregation of farmland sales across the entire state of Iowa.  DreamDirt has offices in Mason City, Des Moines, Onawa and Storm Lake.

DreamDirt Continues To Improve For Our Clients

We work in a business that requires a vast array of skills and talents to properly perform the duties necessary to represent our clients. At DreamDirt, we’ve always placed emphasis on continuing to develop each of those areas so our team is always on the cutting edge of the auction industry.

In December we got an amazing opportunity to book a one-on-one training session with World Champion Auctioneer Ralph Wade.  Ralph is a legendary auctioneer, and certainly a very recognizable name in the livestock auction industry. He is the lead Auctioneer for Superior Livestock and is often broadcast on Superior’s video auctions. He is also the 1974 World Livestock Auctioneer and the 1995 International Champion Livestock Auctioneer. This February, we traveled to Oklahoma to meet with Ralph in his personal studio at Oklahoma City and enjoyed the opportunity to tap into his vast knowledge and fine-tune what we are doing.

Ralph has carved out a place in auctioneering history for his unique and very effective form of bid calling. He is known for his magical, machine gun, rhythmic auction chant that auctioneers have sought to emulate for years. He is a native of Missouri and became an auctioneer at a young age. When he was just 11 years old, he was selling baked goods at church fundraisers.

I have to back up a little bit to tell my Ralph Wade story from the beginning.  I first attended auctioneering college after retiring from law enforcement. Auctioneering would be my second career. I had become a real estate broker but I thought the auction process had more to offer sellers. I saw it as a more efficient sales process that could more easily serve sellers’ needs and achieve optimal results.

One day as I was walking through a classroom I could see a group of students standing around one of those old audio/video carts.  I stopped to listen – it was a video of an auctioneer selling cattle. I coudln’t believe what I was hearing. I remember thinking that sound was super-human. The rythym and clarity made it sound like a melody from a machine gun. I was blown away by it. Realize at this time my exposure to the auction industry was 3-4 days old. I’d never heard but a few auctioneers in my life but this was unlike anything I’d ever seen. I remember there was just silence from the students as they watched in amazement. I finally broke the silence and asked “Who is that?” Another student held up a video box and said “its Ralph Wade, he’s the best auctioneer in the world”.

As it turns out, they were right indeed, Ralph is considered by most to be the #1 auctioneer in the world. As my auctioneering career progressed I learned more about Ralph and got to know him personally. Ralph is a champion auctioneer but he and his wife Karen are just exceptional people. Ralph has a very genuine belief that his talent was given to him by God and understands his responsibility to share what he has with others.  Along with Karen they were great hosts and really took good care of us.

While Ty is not yet practicing as an auctioneer I’ve enjoyed giving him these experiences in his youth. Over the past year he’s had the opporutnity to train with multiple world champion auctioneers including Paul C Behr, Matt Lowery and Kenneth Wilcox.  Should he one day decide to follow in my footsteps, he will have a strong foundation to build from. As father and son we really enjoy the time together and it is rewarding for me to see him work at and achieve goals he sets.

On Wednesday of our travels, we had the opportunity to attend a live auction at OKC West Livestock Market. Their facility was hit by a tornado in 2013 and was rebuilt in 7 weeks! Now as far as auction facilities go, this place is absolutely among the best and we really enjoyed the opportunity to visit with them about auctions and their process at OKC West. Their ring is so comfortable for buyers – I guarantee that you could sit there all day in comfort with no thoughts of leaving!

The cafe is just a few feet away and has a restaurant menu! Tom had the Frito Plate and I had the chef salad! We had a great experience at OKC West Livestock Auction Market. If you ever want to find southern plains cattle, this barn is a must-experience and I’ll bet you like the selection of cattle they have.

A trip to Oklahoma City would not be complete without seeing and experiencing Stockyard City and Oklahoma National Stockyards.  The history here and the people that have made this place is just fascinating. We were treated to a tour by the stockyard liason Kelli Payne. Her father has operated a commission firm at ONSY for decades, and she’s walked these catwalks most of her life. To say she is passionate about connecting consumers with knowledge of the practices used to grow today’s beef would be an understatement. Kelli speaks to any group that will have her and she’s an excellent example of the good people in the cattle industry that are making a difference and getting the story out. We were able to tour the backpens via the catwalks and the auction arena while learning about their unique system of commission firm based business for selling cattle. Oklahoma is proud of its cattle industry and these folks really are a great example for all.

Our final day in Oklahoma left us with a lot of knowledge to take home and put to use in our own operation. As a bonus to our one-on-one training experience with Ralph, we attended an auction he was selling along with Colonel Charlie Cummings for Superior Livestock Auctions. They were offering 48,500 head of cattle via video auction. Superior pioneered this method of selling cattle at auction decades ago! While it may seem like a new method, they have done it for a very long time and today their system is as smooth of a livestock auction experience you can find.

We were fascinated to see how they put so many moving parts together in what appears to be an effortless fashion. This auction is broadcast on live TV, broadcast via the Internet, host live in-person bidders, internet bidders and telephone bidders all the while managing many different sellers’ cattle from around the nation. None of that accounts for the in-room experience – the many monitors, literature, on-air assets necessary for TV… the list goes on and on. Hats off to the good folks at Superior, you folks really have some impressive talents and resources and do a great job for the folks in the countryside that are tasked with feeding a hungry world. There isn’t anybody in the livestock or auction business that wouldn’t be proud to see what Superior does and how they do it.

After an amazing week, we are back in Iowa and ready to put our new knowledge to work! DreamDirt will always continue to push forward, develop new ideas, and learn from respected leaders in our industry. 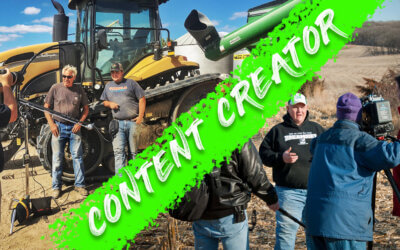 Jason Smith is the Founding Partner, Land Broker, Auctioneer and Appriaser at DreamDirt.com.   Email: Jason@dreamdirt.comOne of my favorite duties as the manager of our advertising system is the opportunity to hire new talent for communications roles.  I genuinely...

END_OF_DOCUMENT_TOKEN_TO_BE_REPLACED 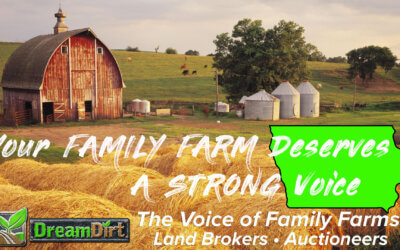 Iowa's Farmland Sales Report for the week ending September 17, 2021.  It was a strong week in farmland prices and a good week to be selling farmland!  Lets look at the sales that happened this week.Jason is an Auctioneer and Land Broker and the founder of DreamDirt,...

END_OF_DOCUMENT_TOKEN_TO_BE_REPLACED 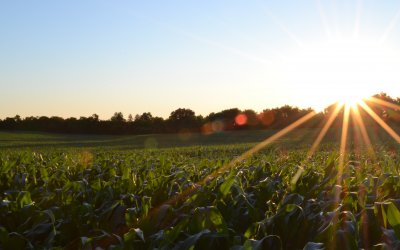