Selling Machinery With Reserve Or Absolute? 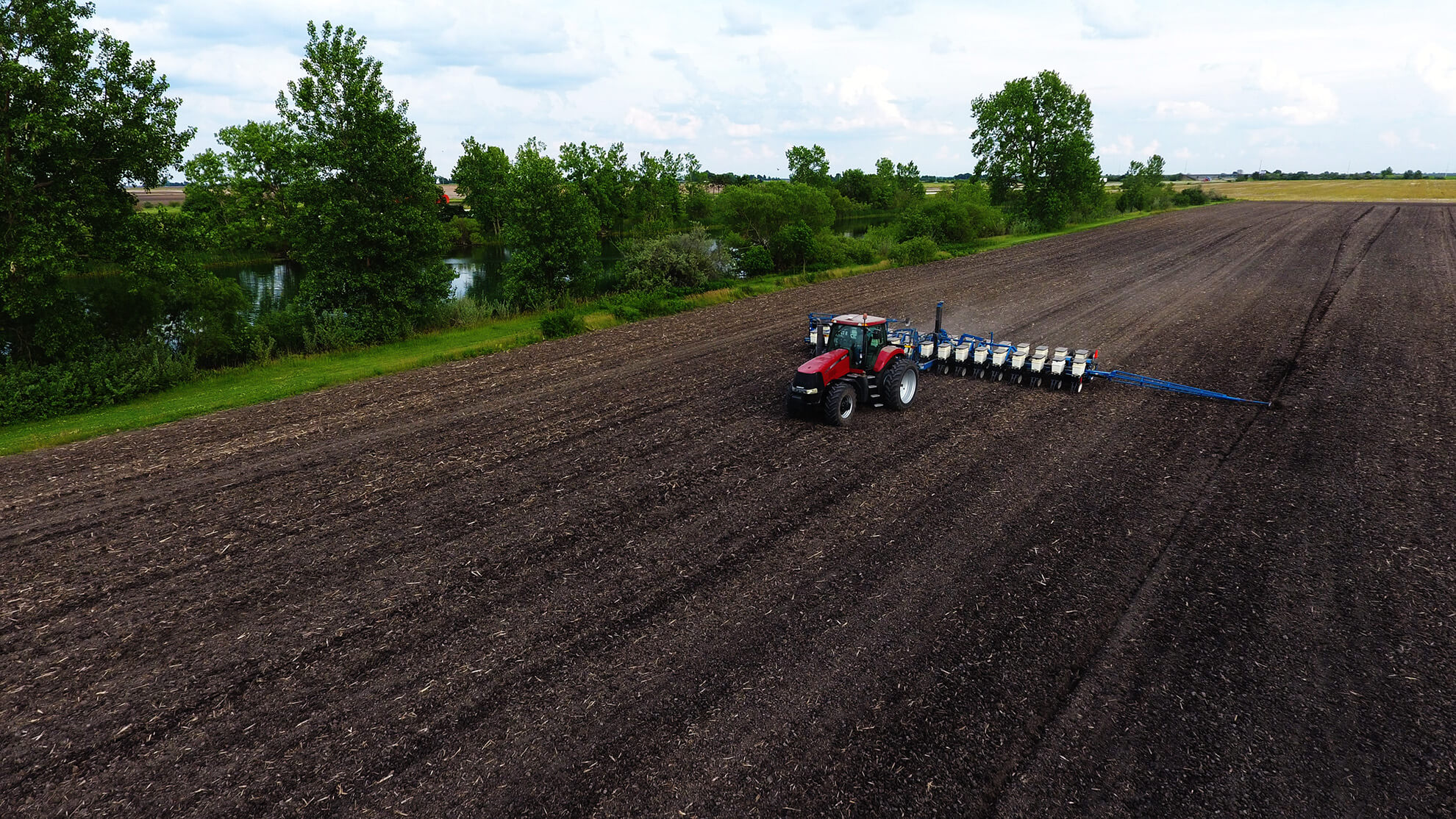 Auction Reserves, Its a Common Question!

If you came to us and said “what is the most frequent question that buyers ask about your machinery auctions” the answer would be in overwhelming favor of the question “is this stuff actually selling or are there reserves on it”  Hands down, no question its the most frequently asked question of all time.  There isn’t even a question that would register as a close second.

Why is this the most popular question?  It comes from a lifetime of experiences buying at auctions.  The agricultural community is probably the most experienced auction buyers on the face of the planet.  They are smart busy people that are operating businesses for a profit and they have a very keen sense of what things are actually worth based on a return.  A reserve changes the auction buying experience for a buyer and also determines how much time and effort a producer will dedicate to pursuing a particular item.  Put yourself in their shoes, if there are 200 similar assets for sale across the nation why would they dedicate time to trying to purchase one they are not sure they can actually purchase?  For most buyers reserves represent an unfair advantage to the seller.

For those that are new to auction terminology I’ll note that an auction with reserve is an auction that establishes a price that an item must bring in order to sell.  For example an asset may have a reserve of $50,000 and it can not sell to a bidder until it reaches that point.  Some auctioneers will start well below that prices and hope the bidding reaches the reserve and then passes it but some auctioneers will just start at that number and if it gets even one bid it is selling.  An asset sold by Absolute auction means the sale of the asset is absolute, it will sell to the highest bidder regardless of what prices it brings.  Its also important to note that items with reserves are rarely advertised as having a reserve because the law dictates that all items not advertised as absolute sale will be considered reserved.

There are proper uses of reserves yet reserves have become so abused in today’s world they have actually moved peoples perceptions of the auction method itself.  Reserves are used so often because of the perception of risk when in reality reserves should be limited only to protecting a seller from financial disaster or in cases where financing is present on the asset.  A promissory note on a piece of machinery in effect creates a reserve that the item can not sell below.  Today’s market place sees so many reserves that are essentially an asking price and its an improper use of reserves at auction.

When you list machinery on an auction with reserve you are almost guaranteeing the asset will not only bring less bidding activity which translates to less money, and you create the chance of it not selling.   All types of bidders bid during our auctions from wholesalers to end users and we appreciate every bidder and treat them with the greatest respect.  One thing we often hear is comments that they will not participate where they know reserves are present or they feel as if they are being manipulated into bidding against themselves or against the seller of the piece of equipment.  This obviously creates an immediate barrier to success for sellers.

Getting the highest quality bidders at auction requires you sell your equipment absolute with no minimum of any sort and years of experience shows us these items always bring top dollar when advertised as absolute.  These lots always bring high quality bidders that will do their due diligence and commit to placing quality bids unlike when reserves are present.

While many people that have sold absolute become comfortable with the method we understand your hesitation and need for more information.  We can never make any guarantee of what an item will bring but we can tell you that it will bring market value that day.  Market value may be less than what you expected and it may be more than you expected.

I have many examples that float around in my head but one specific example where I was a bidder comes to mind.  In 2013 my square baler broke down and it would take weeks to repair but that night I found one was being sold on a consignment auction only 60 miles alway.  I called the auctioneer and asked the question “Is it selling or does it have a reserve”  He told me “its coming out of an estate and its selling”  The answer to that question was the only reason I even went to the auction.  I drove to the auction ready to do what it took to buy that baler, I had to have it that day to finish baling hay and I was a committed buyer.  As the auction progressed I saw several people look over the baler.  It wasn’t the prettiest baler, it looked liked it had been in storage for a long time and I wasn’t even sure it would tie.  It was June so we were in full swing for haying season yet I hoped I was the only one that wanted it.  On any day I would have expected that baler to bring around $1000, maybe $1200 if it was a good day for the seller.  As the auctioneer arrived at the item 3 of us took up positions near the baler and the auctioneer called for bids after stating the item was selling absolute and describing it.  In less than 15 seconds he was already at $1500 and I had not even placed a bid.  As several others took it to $1800 and it seemed bidding had stalled I placed my first bid of $1850 and finally was the successful bidder at $2600.  That was more than double, and nearly triple what I had expected.  If it was December and not June I bet the results might have been very different and my own interest would have been very different.  2 things helped that baler bring so much money.  The demand, it was sold when it was most useful and needed and the fact it was selling absolute.

Demand in the marketplace will dictate what an asset is worth.  Demand will be a function of scarcity and its ability to generate income.  If there were 5 balers for sale on that auction above I’d of stopped bidding much sooner than I had and opted to place bids on a different baler but it was the only one available and my hay was laying on the ground ready to be baled.  I opted to trade some of the hay income for the baler because the risk of waiting and losing all the hay and the value of the time to seek out another was just to much.

People tend to throw around different values and in the machinery business those words are “retail value” and “wholesale value”  Retail being the prices that dealers charge and wholesale being the prices a dealer would buy at.  Absolute auctions tend to fall between the two values.  Retail values are the highest and are often justified by the future support of the dealer and their expertise in helping you.  Wholesale values are lower and the value a dealer or reseller would buy at to ensure they can resell the lot after holding it for a period of time at a profit.  On rare occasions lots will sell above retail values where demand is high and supply is low and on rare occasion an absolute lot can bring less than wholesale values due to an oversupply and lower demand in the marketplace.

A properly marketed no reserve absolute auction will expose your assets in the marketplace and will always bring the best money that is higher than offering the asset with a reserve.  Reserves create a barrier to free trade in the agricultural community and while many look for things that will make their equipment worth more money, the truth is offering it in the most fair way gives it the single most profitable boost.

We always strive to bring the best service and the best in advertising to our sellers.  If you are considering selling farm machinery contact us about our next auction and let us show you how to market it for the most money it will bring in the marketplace.

Request a Free Consultation for Your Farm or Land Property

Whether you’re ready to start the selling process, or even remotely curious, we will gladly provide you with a FREE Market Analysis Consultation! If you are in a position to sell land in the Midwest, we want to help you achieve the top of the market on your sale.

Get a Free Consultation 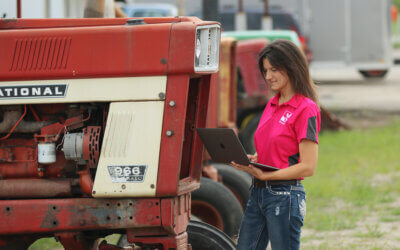 Selling Farm Equipment With NO Reserve | Why Its NOT Scary

Selling Without a Reserve is More Effective One of the biggest struggles a farm equipment auctioneer will ever tackle is helping clients understand that selling farm equipment unreserved is more effective. Everybody wants to keep as much control as possible, so they...

END_OF_DOCUMENT_TOKEN_TO_BE_REPLACED 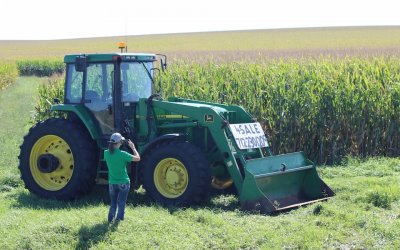 Are You An Auction Professional Or Somebody Interested In Working In Farm Equipment Auctions? If you have a network of farm operators and equipment knowledge OR you are already in the auction business, FarmBid can help you better market equipment which will help you...

END_OF_DOCUMENT_TOKEN_TO_BE_REPLACED 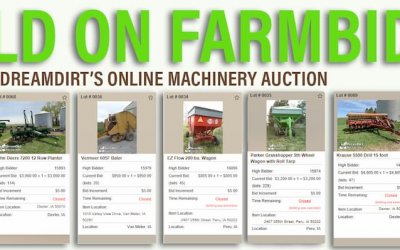 How To Get More Money Than You Paid For It!

Online Farm Equipment Auction Success As our FarmBid Online Auction came to a close yesterday, our team was messaging our excitement back and forth in our online office. Almost every auction item had extended bidding, which meant bids continued to come in even after...